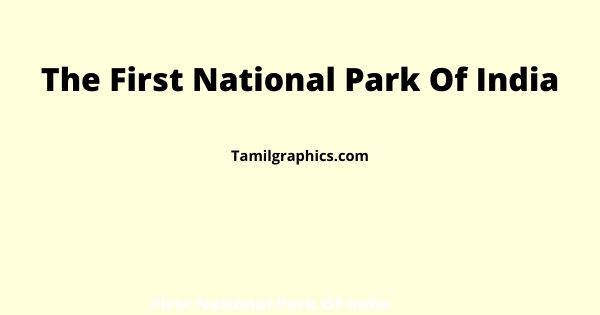 The First National Park Of India

The first National Park of India was established before the freedom of India, and you can know more about the first national Park from below.

The first National Park was established in 1936 in the Nainital District, Ramnagar, Uttarakhand.

It was called Hailey National Park after its founder Sir Malcolm Hailey.

In 1956 Indian government changed the name to Honor Jim Corbett, who took the initiative for wildlife preservation in India, So they renamed Corbett National Park. 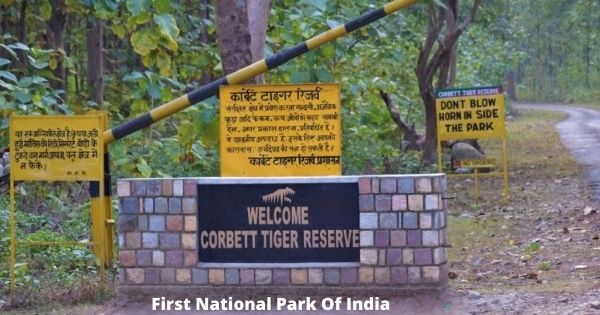 This parked managed by the  Uttarakhand state government.

This Park had many animals, but still, the tiger is one of the important animals in the Corbett national park.

There is several Tourist Zones are in the Park for the tourist to explore nature and let’s see what they are,

Bijrani Safari Zone: Bijrani Zone is a popular tourist hub because of its natural beauty and open grasslands. The entry gate of the zone is located only 01 Km from Ramnagar city.

Jhirna Safari Zone: Jhirna is another critical tourist zone in the Jim Corbett National park open for tourists around the year. Jhirna Gate has located 16 km from Ramnagar city.

Dhela Safari Zone: Dhela is a new eco-tourism zone in Corbett National Park included in the tiger reserve zone in November 2014. This is the only area in the reserve’s buffer zone open to tourists in CTR. The location is retaining the attention of many tourists because of its rich flora and fauna, open throughout the year, located at an approximate distance of 13 Km from Ramnagar City.

Dhikala Zone: Being the most significant and most jungle-safari varies zone in Corbett, Dhikala is famous for its abundant natural beauty and offers the best sight for exotic fauna. The entry gate is 18 km away from Ramnagar city. Night stay inside the Dhikala Tourism Zone is highly recommended for hard-core wildlife enthusiasts.

Durga Devi Zone: Located on the north-eastern boundary of the Jim Corbett National Park, the Durga Devi zone is heaven on planet earth for those fond of bird watching. The entry gate is located at an approximate distance of 36 km from Ramnagar city.

Sitabani Buffer Zone: Sitabani Zone doesn’t fall under the Corbett Tiger Reserve area. If you are fond of the serene ambiance of the natural beauty, you must visit the Sitabani area.

How to Reach Corbett National Park

You can reach the National Park by road and railway as well. You can choose the tour package on their official site that we provide the link here.

I hope you find the needed information about the first Indian national Park, and You can check another vital article related to this on our website.